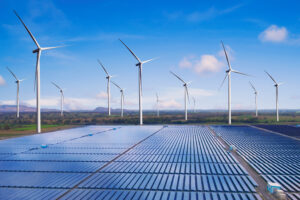 is Coming to Needham!

Green Needham, in collaboration with the League of Women Voters of Needham and Mothers Out Front Needham, researched electricity aggregation and the programs adopted by our neighboring towns. We created a document that provides a detailed overview of electricity aggregation programs and submitted it to the Select Board and other town officials in January, 2022. Because of the substantial benefits to be gained, we requested that the Town enter into a Community Electricity Aggregation (CEA) contract for the residents and businesses of Needham.

The Select Board referred the idea to the Climate Action Plan Committee, which recommended that the Town move ahead with a CEA program. Town Meeting subsequently authorized the program in October 2022.

Learn more about CEA below.

In Community Electricity Aggregation, a city or town contracts with an electricity supplier with the goal of reducing greenhouse gas emissions and stabilizing, or possibly lowering, electricity costs (although cost savings can’t be guaranteed).  The reduction is achieved by increasing the amount of renewable energy being fed into the electricity grid.  Aggregation contracts are an incredibly powerful tool in the fight against climate change.  The Needham Climate Action Plan Committee has identified pursuing a CEA as the most impactful action that the Town can take in the immediate term to reduce its greenhouse gas emissions.

In Community Electricity Aggregation, a municipality contracts with a supplier to supply electricity under terms set by the Town. It’s the “power in numbers” principle. An individual household or business cannot negotiate rates and terms with an energy supplier, but a town representing thousands of electricity users can. Over 100 communities in Massachusetts already have an electricity aggregation contract in place. Aggregation contracts typically cover residential and business users who have not already contracted with a different supplier, as well as municipal buildings.

In the United States, most electricity is generated using fossil fuels, which emit greenhouse gasses that contribute to climate change. Massachusetts energy suppliers are required to source 20% of electricity from renewables such as wind and solar. The percentage goes up each year, but it’s not fast enough to reach our climate goals. With an aggregation, a city or town can set an entry point for renewables for all electricity users at a higher percentage, say 50%, 80%, or even 100%. In addition to quickly lowering greenhouse gas emissions, an aggregation contract creates demand for the development of additional renewable energy.

Eversource rates for an individual electricity user are adjusted every six months. Rates in an aggregation remain constant for the length of the contract, which is often three years. In an aggregation program the town may be able to secure more favorable rates because it is bargaining for thousands of consumers, but that is not guaranteed.

With an aggregation, individual households and businesses can opt to increase or decrease the percentage of renewable energy on their individual accounts. A typical aggregation contract includes three or four tiers representing different amounts of renewables. The town chooses a default rate and other terms for its electric users. For example, Newton’s aggregation plan has three tiers: 100% renewable, 82% renewable (default option), and 20% renewable.  Electric users are automatically assigned to the default tier unless they select a different tier.

Households and businesses can also choose to opt out of the program altogether and return to the base rate offered by Eversource, or to contract directly with another supplier.

Moving Toward an Aggregation Contract for Needham

The process will begin with the Town selecting a consultant who will help the Town develop the aggregation plan – Target Date: March, 2023.  Together, the Town and the consultant will:

The process to develop and implement the aggregation plan may take 12-18 months.

Once the plan is implemented, participating electricity customers will begin paying the contracted rate and receiving electricity at the default renewable tier, unless they have chosen a different tier. But again, electricity users would have the option to change their percentage of renewables or opt out of the program entirely.

The cost of the consultant is typically paid with a small “adder” on electricity bills, so the cost to the town is minimal.