That is important context for the Green New Deal, and a reason to learn more about it directly from its author. The Green New Deal is aspirational, goal-oriented legislation introduced by a legislator who has a track record of delivering substantive and transformative legislation, and who has a long history and deep understanding of the issues.

This coming Wednesday evening, August 21st, Senator Markey will be in Framingham for a town hall discussion on the Green New Deal, infrastructure, transportation, and more. The Town Hall will be at Framingham High School, 115 A Street in Framingham. Doors open at 6:00 pm and the Town Hall runs from 6:30 pm to 8:00 pm. RSVP is via this Facebook event. 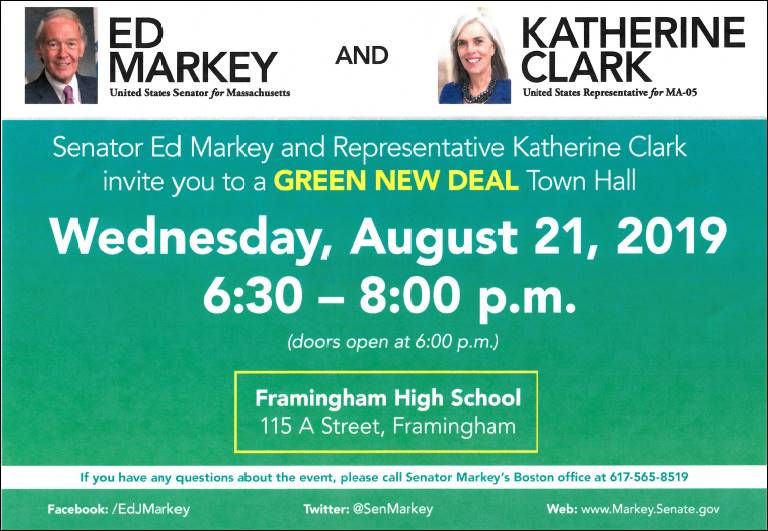