There was a lot to say about solar at Green Needham’s “Let’s Talk About Solar” program on March 15th.  Almost 50 people came to Broadmeadow School and learned about the new solar project at the RTS, as well as other solar efforts in town.

After years of discussion and planning, the solar arrays at the RTS went live on March 8th. It’s an impressive project, covering 12 acres and containing 11,780 panels. The 3.6 megawatt (mW) system will produce 4.3 million kilowatt hours (kWh) in its first year. This is equal to 27% the power used by Town buildings, or roughly as much as consumed by Needham High School, Pollard Middle School and Broadmeadow School. This clean, locally produced power will reduce greenhouse gas emissions by the equivalent of 3.1 million pounds of coal burned at a power plant. 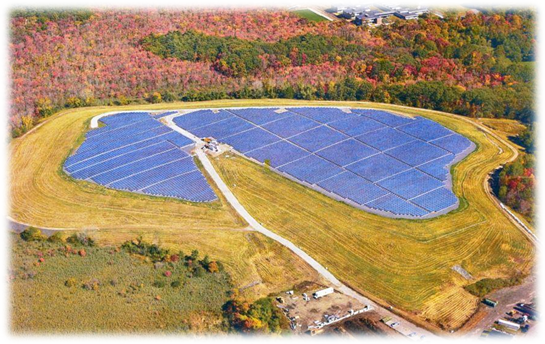 Brightfields Development of Wellesley, who was selected by the town in 2014, gave a presentation with their construction partner, Solar City. Building the project atop the closed landfill was no small feat. A capped landfill has to be protected so that buried waste doesn’t leak into groundwater. This called for a careful and delicate touch from the construction team. Throughout the project planning and construction phases, Needham’s Project Manager, Hank Haff, had to maintain constant coordination with State energy and environment agencies.

Brightfields and Solar City funded the project. Haff estimated that the Town’s out of pocket cost for the project was about $30,000. Thanks to an innovative financing structure, Needham will receive rental and property tax income from the system, as well as saving money on electricity costs. Over the next 20 years, the project will save the town roughly $20 million.

Kevin Ruddy of Christ Episcopal Church admirably handled the challenge of following the RTS presentation. The church, across Highland Avenue from the Library, has installed two sets of solar panels on its roof, totaling 41 kW. (Take a look next time you’re headed up the street towards Needham Heights.) The first system went live in January 2014. This was such a success that they installed another array in November 2015. The Church was able to take advantage of a variety of financing alternatives, including a power purchase agreement and a zero interest loan from the Diocese. Ruddy estimated that the solar projects are saving the church about $6,000 annually. This is money that is now free for their core programs and activities.

Moving to an even smaller project, Dorothea Von Herder showed how she incorporated solar into her family’s Hunnewell Street residence after improving the home’s energy efficiency. She completed a renovation that included adding a tiny addition, replacing the boilers and insulating the house, but still wanted more. The Solarize Needham program brought the price of solar low enough that it became cost-effective to add solar to the house.  The 5.25 kW system was completed in 2015 and is attractively integrated into her house’s gambrel roof. 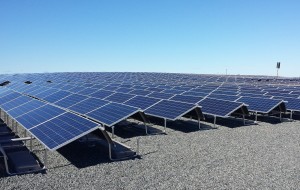 Nick Hill, of the Green Needham Solar Team, wrapped up the program by showing how far Needham has come with solar installations. There are now over 200 solar installations in Needham, mostly on homes. These systems add up. Their power output is about one-third of the RTS system’s production, reducing Greenhouse Gas emissions by the equivalent of 1 million pounds of coal a year and saving residents close to $200,000 annually. The 2014-15 Solarize Needham program really gave a boost to those numbers, since it was responsible for 130 of those installations. Green Needham hopes to build on that momentum, so that solar becomes even more common. As part of its outreach, Green Needham is starting an informal “Solar Ambassador” program. Solar Ambassadors are friends and neighbors who have “gone solar” and are willing to share their experiences with others. After the meeting, several of these Ambassadors talked with inquiring attendees. We discussed the option of Community Solar for those who cannot install solar on their rooftops, due to shading or other constraints. Community Solar is like a farm share program, except instead of getting vegetables, subscribers get a share of the cleanly-generated electricity from a local solar project. Right now, there are no Community Solar projects available to Needham residents and businesses, but we are actively investigating options.