Is putting a price on carbon pollution an idea whose time has come in Massachusetts? The hundreds of constituents who poured into the State House during June to support this policy certainly think so. Advocates of carbon pricing, including many economists, have long maintained that putting a fee on fossil fuels such as gasoline and heating oil is a simple and cost-effective way to lower the CO2 emissions. Higher prices at the pump, for example, will motivate people to use less gasoline, and when the fees collected are returned to households and businesses, low and moderate income households can be protected from the higher cost of fuel. 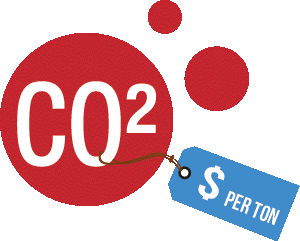 Two bills currently before the Legislature have gained the support of carbon pricing advocates. Senate Bill S.1821,  introduced by Sen. Mike Barrett, provides for a fee on fossil fuel prices, with 100% of the revenue collected being returned to households and businesses. Since each resident would receive an equal share of the total money collected, it is predicted that low and moderate income households, which tend to have a lower carbon footprint, will receive on average more money back than they paid in higher fuel prices. Households with high carbon footprints would likely not be fully reimbursed by the money they receive. This bill has 64 co-sponsors, including Senator Mike Rush.

House Bill H.1726, introduced by Rep. Jennifer Benson, is a similar bill, but retains 20% of the collected fees for a Green Infrastructure Fund to help municipalities invest in transportation, resiliency, and clean energy projects that reduce emissions and create local jobs. Rep. Denise Garlick is among the 58 co-sponsors. Both bills address the needs of low and moderate income households, as well as rural communities not served by public transportation.

The House and Senate bills are currently being considered by the Joint Committee on Telecommunications, Utilities and Energy (TUE.), which held a hearing on June 20, 2017. Hundreds of carbon pricing supporters packed Gardner Auditorium in the State House to hear testimony, most of it eloquently in support of the carbon pricing bills.

Mentioned in the testimony was a new study from the Harvard Center for Health and the Global Environment, which found that the pollution-reducing effects of a carbon fee would result, through 2040, in an estimated $3 billion of health benefits from improvements in cardiovascular and respiratory health.

While no one solution is a silver bullet, carbon pricing would be a crucial step forward at time when bold action is urgently needed.