UPDATE: The Citizen’s Petition to declare a climate emergence PASSED on a voice vote. Town Meeting Members were first asked to vote on a motion put forth by the Select Board to refer the motion to the Select Board, which the was voted down. Town Meeting then voted on the main motion, which passed by a roughly 3 to 1 margin. The resolution is now in the hands of the Select Board.

At the Needham Special Town Meeting planned for later this month, Town Meeting Members will be asked to vote on a warrant article that asks the Town of Needham to declare a climate and ecological emergency, and urges the Town to act to address the impacts of climate change. 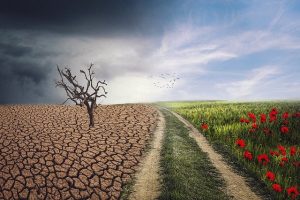 The petition drive was launched by Needham resident, Becca Phillips, who has been working with the grassroots organization Extinction Rebellion, to compel Needham and other local governments to take action to avoid tipping points in the climate system, biodiversity loss, and the risk of social and ecological collapse. Becca reached out to Green Needham, Equal Justice Needham, and other local groups, to marshal support for this citizens’

The language of the article has been reviewed with Town Counsel and the Town Meeting Moderator, and has been included in the Special Town Meeting Warrant after the Town Clerk certified nearly 200 signatures during the petition drive.

The intention of the article is to put the Town of Needham on record as being aware of our climate emergency, and to request that the Town of Needham, through the Select Board, prioritize work to lower the Town’s carbon footprint, and ultimately to reach net zero carbon, and to protect Needham’s trees, forests, and open spaces.

The Select Board has already agreed to add the development of a Climate Action Plan to its goals for the coming year, a significant step forward in addressing what this climate emergency resolution asks of the Town.

Polling by the Yale Climate Change Communication research product indicates that there is strong support in Needham for local government action on climate change. Locally, 79% of respondents believe climate change is real, and 66% believe it’s mostly as a result of human activity. Additionally, 63% believe it’s already harming people in the US, and 58% believe that local officials should do more to address climate change.

While the climate emergency resolution is itself non-binding, passing it will send a strong message that the people of Needham care about this issue, and expect the Town to follow up on the commitments it makes through the Climate Action Plan.

Green Needham is asking that Town Meeting members vote YES on this article.

You can watch a video from the proponents of the petition here. 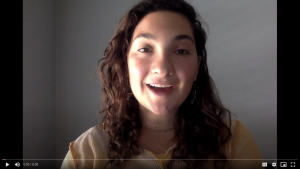 You can read the full text of the article below. Please reach out to Green Needham Steering Committee member, Stephen Frail, if you have any questions about the Climate Emergency Declaration.

One thought on “Special Town Meeting to Vote on Climate Emergency”